This is our slow time as innkeepers on Cape Cod  for our two bed and breakfasts, Brewster by the Sea Inn and Spa and the Captain Freeman Inn and, we love to plan new adventures with our dog Harrison.

We are always recommending to our guests that they visit the Salt Pond Visitor Center in Eastham. It is the formal entrance to the National Seashore and has a wonderful visitor center that is filled with helpful rangers to provide useful information on beaches and tides. The center also includes a wonderful bookstore, and small museum along with films about the natural history of Cape Cod. It seemed like the perfect destination for our adventures today. 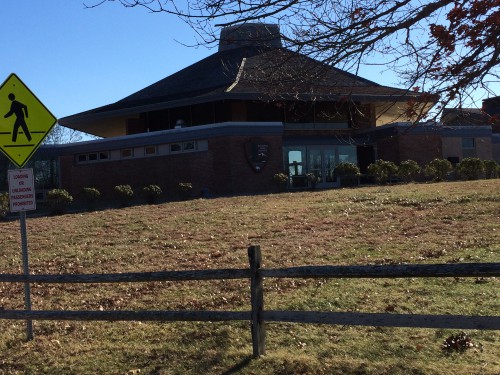 There is a wonderful bike/walk path that runs around the salt pond and down to the beach. Since we all needed some exercise it seemed like a good plan to explore. 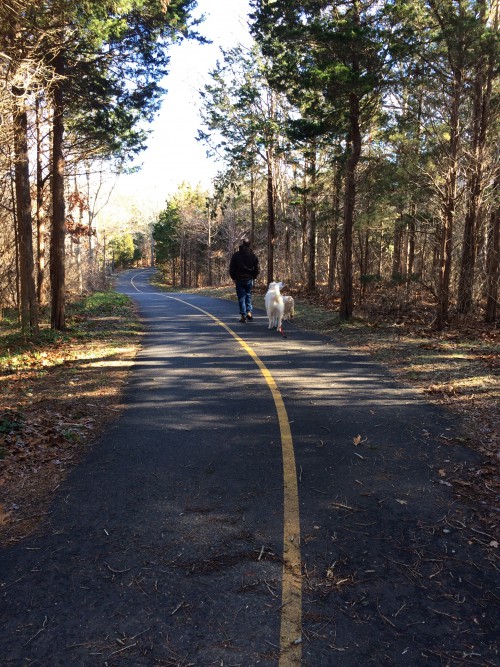 The path is paved with two ways for bikes to travel. We only encountered 2 people walking so we had the whole trail to ourselves.

Once we made it down to the water I was thrilled to learn a new piece of history about Cape Cod. 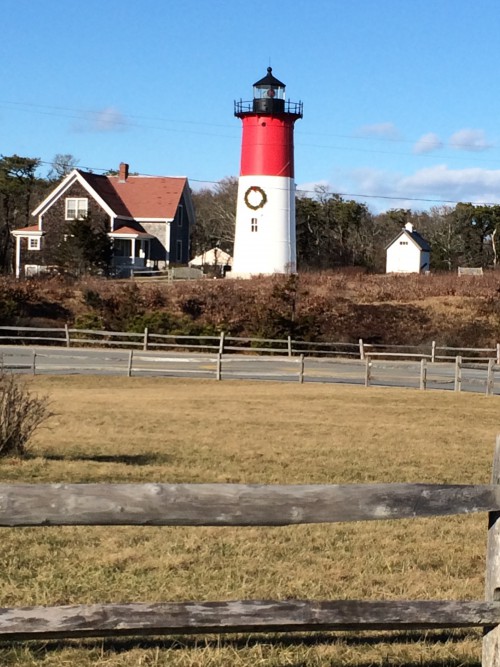 The picture shown above is the Nauset Light which is fully operational today. We could see the light beaming even in the daylight.

The beach is just across the street and since it was windy there were many waves on the beach. 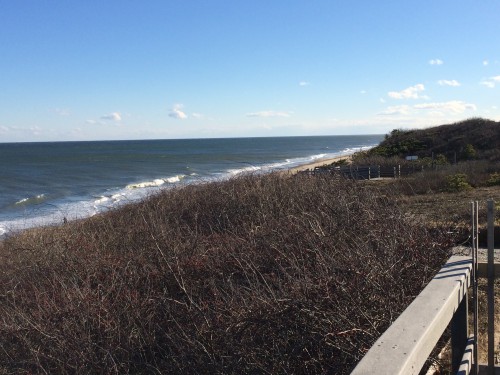 Just down the road we happened to spot three small light houses. Had always heard about the 3 Sister Lighthouses but never really knew the history. 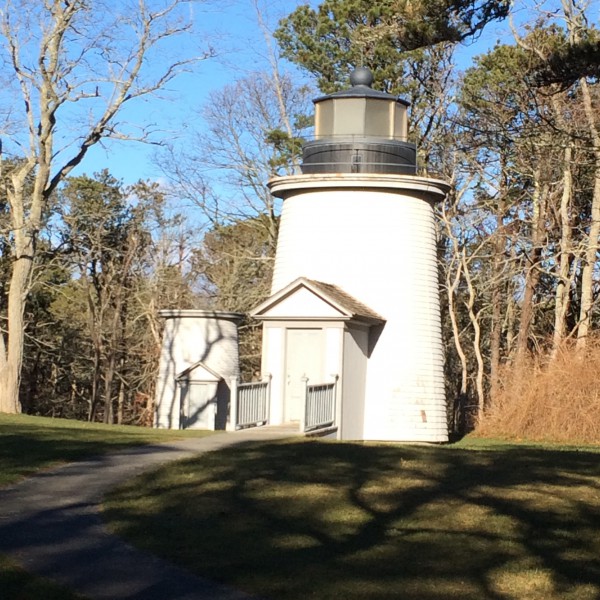 Back in the early 1800’s many Eastham residents were concerned about their seafaring loved ones. The United States Congress then granted $10,000 to contract the Nauset Light House. Three 15-foot high masonry towers were built and the lights soon gained the nickname “The Three Sisters” because from sea they looked like women in white dresses with black hats. Since the technology did not allow for a differentiation in the number of flickering lights  the coast was dotted with three different area of light houses. The Chatham light had two, the three sisters had three and the Highland light further north had one. Sea Captains could easily decipher there location by the number of lights seen on the coast.

As the Cape Cod shores erode, The National Lighthouse Board ordered three new moveable wooden towers to be built thirty feet inland from the original masonry ones.
The new towers stood twenty-two feet tall and the lantern housing added an additional seven feet. Sadly, the old towers were allowed to fall into the Atlantic.

Advances in technology  with the continuing erosion of Nauset cliffs, and the cost of maintaining three lights, prompted a major change at the Nauset Light station.In 1911, the center tower was moved away from the cliff edge and attached to the 1875 keeper’s house. The other two towers were set aside until a decision could be reached about their future. The fourth-order Fresnel lens in the remaining tower was now mounted on a ball bearing revolver, making the light flash three times every ten seconds.

The decommissioned two sisters were sold at a public auction to Helen M. Cummings for $3.50! The Cummings family first moved them to a site near the old French Cable station, before making some repairs. In 1920, the towers were moved onto Cable Road, and adjoined with a room. The “Twin Lights Cottage” was subsequently used as a summer cottage and a dance studio, until the towers were sold to the National Park Service in 1965. After many years of service, the center tower fell into disrepair. The Lighthouse Bureau decided to replace it with one of the former Chatham “twin lights” that was no longer in use. This iron and brick tower was moved, repainted and stands today as the latest in a lineage of Nauset Lights. Once decommissioned, the last of the Three Sisters towers was sold to Albert Hall, who turned it into a cottage. The National Park Service purchased the center tower in 1975 with a plan to reunite it with the other two towers. The three are placed in their original orientation on a plot of land on Cable Road. Restoration took place through the 1980s, and the site opened for its first public tour in 1989.

Today one can visit the Sisters and marvel at the remarkable journey that brought them their location on Cable Road in Eastham. 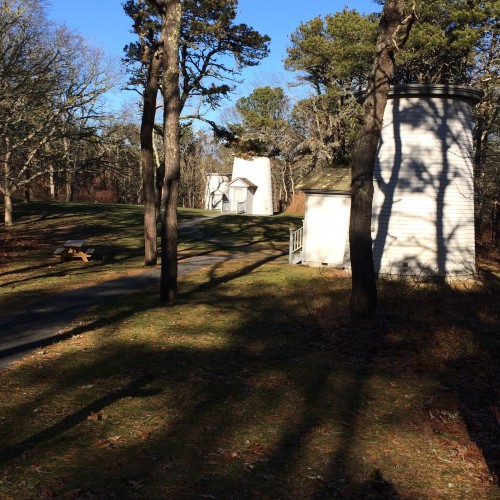 A fun little tidbit of history.

Exhaling on Cape Cod and loving every minute of our journey here. 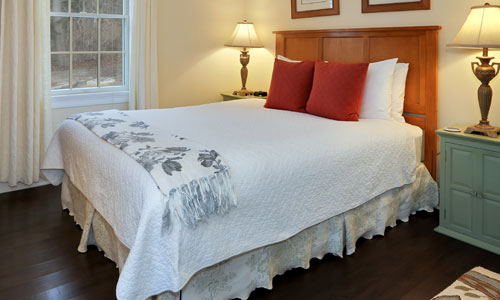 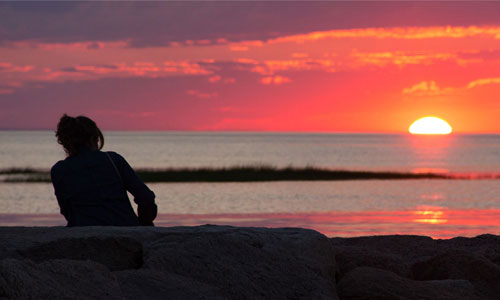 We are so happy we found your B&B! It has been perfect – a week in paradise. Thank you so much for your wonderful hospitality!

We had a wonderful experience in your B&B. The breakfasts were superb, the room was cozy and comfortable. Thank you for your excellent hospitality, you are so warm and a joy to be with.